The clocks have been put back and the countryside looks like an oil painting in need of restoration. Sombre tones and black shadows are overlaid with the brush strokes of bare twigs against a mottled ochre sky. The recent gales have stripped papery leaves from the trees and they skip across the lane like frisky mice.

This is a transition phase between the burgeoning seeds of early autumn and the stark beauty of winter. Dilapidated plants wilt blackly on the roadside, berries are squashed underfoot and old man’s beard cobwebs the hedges. The colours are slowly draining away, staining the roads with a mush of dead leaves. The occasional flower persists despite everything, incongruous as a party dress at a funeral.

I went to the coast where hang gliders and gulls floated in the grey sky. At Abbotsbury the tamarisk was still baby-pink, but the coastal plants were looking very dull. The seed heads of Babbington’s leek had lost their gloss, nodding their balding heads at the tops of scrawny stems. A few sea campion flowered, their veined green bladders full to bursting. Teasels like hibernating hedgehogs, sprays of bristly ox-tongue and the shrivelled flowers of thrift bordered the shingle. The pebbles were scattered with the debris from the many anglers down on the shoreline.

At Hive Beach, Burton Bradstock, the setting sun was pouring pale gold rays into the sea. A black strandline zigzagged along towards the cliffs – dried seaweed (mostly bladder wrack), feathers, the usual marine litter of plastic bottles, fishing wire and polystyrene tangled together with driftwood, cuttlefish and shells.

As I drove home I saw several kestrels at intervals along the coast road, hovering wedge-like in the last of the daylight. 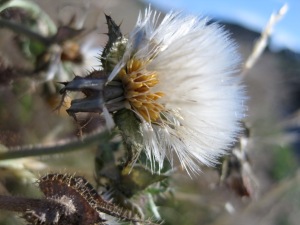 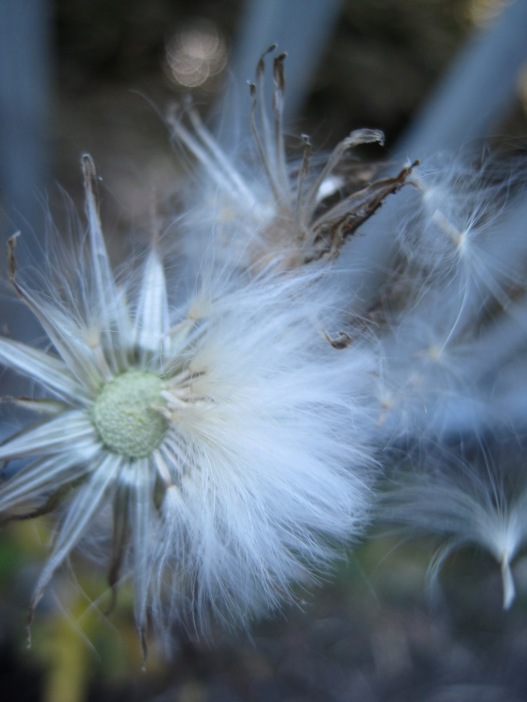 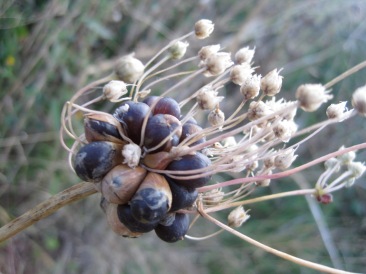