A few months ago I posted a blog about Henrietta and her urchins. The story had ended on rather a low note when I found a dead hedgehog by the roadside. However, I’m pleased to say that we still have an array (the technical term for a group of hedgehogs) thriving in our garden and, although it’s difficult to be certain, one looks very much like Henrietta.

Over the summer we watched two young hedgehogs coming out at dusk from their nest under the shed and running playfully around on the patio. One in particular seemed intent on running laps for several minutes before stopping for food. We put out cat food (jelly-based and meaty) garnished with a few mealworms. We had been advised that too many mealworms are not a good idea as the hedgehogs seem to get addicted and this can cause huge problems. The following information has been copied from the Hedgehog Street website:-

‘Rescue centres up and down the country are seeing increasing numbers of their prickly patients with metabolic bone disease, which is linked to feeding large amounts of mealworms. Metabolic bone disease is a very distressing condition which basically robs their bones of calcium and leaves them so weak that they are barely able to stand up.’

Another issue is overfeeding which results in a hedgehog too fat to curl up and defend itself.

Our hedgehogs grew and seemed to thrive. Some kind neighbours fed them while we were away at the beginning of September and had fun sitting in the dark watching the antics of the young hedgehogs who would come and nibble their shoelaces!

Around the end of September, things seemed to change. The energetic lap-runner didn’t appear at his usual time and we’re wondering if he’d reached sexual maturity and had gone off to new pastures. We decided to put a camera out at night to monitor the activities. This showed at least two hedgehogs are still in the garden.

We have two commercially made hedgehog houses and one homemade one. We provided straw and piles of dead leaves and were pleased to see at least two of these houses are being used, as well as a compost sack half full of earth which has been topped up with leaf litter by an enterprising hedgehog to make a cozy nest!

In the last week or so every scrap of the food is disappearing overnight and we think this is because the hedgehogs are fattening themselves up ready for hibernation.

Our near neighbours have created hedgehog access holes in their fences and gates. The whole village is becoming more hedgehog-aware and reports have come in of hedgehogs in several gardens nearby so we’re hoping our hedgehog population will be booming next spring. 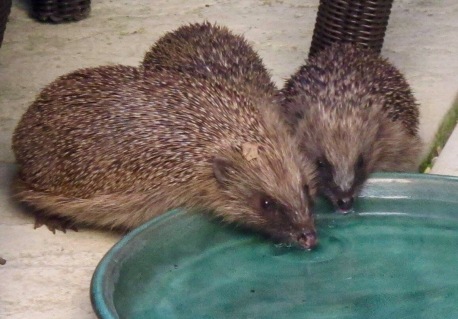 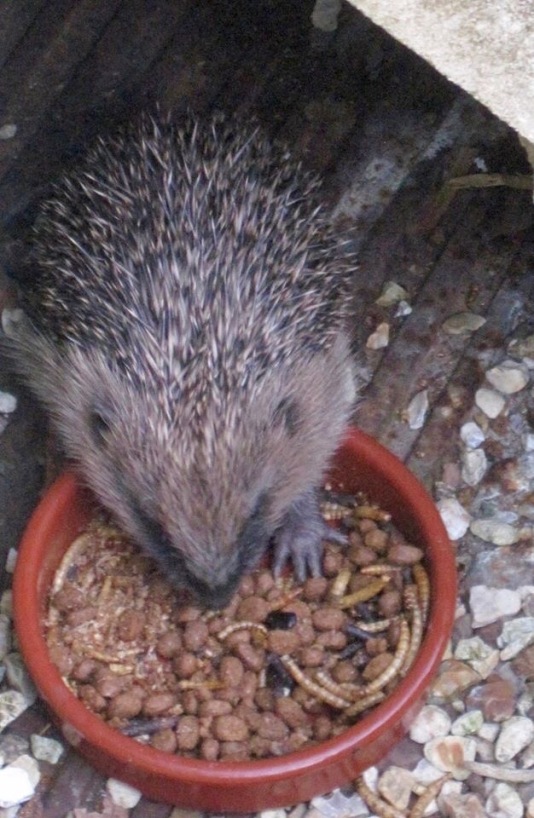 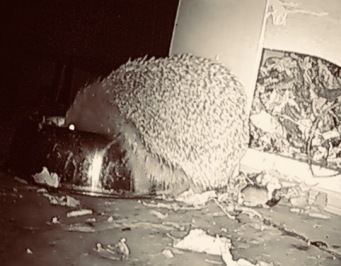 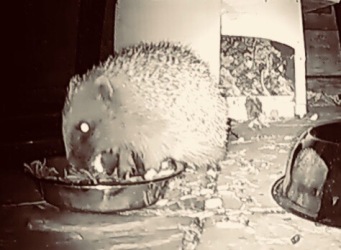